The Barony of Grenville 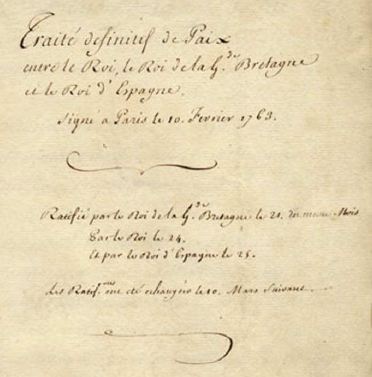 was signed in 1763, the main aim of the British Crown,
following the example of the French Seigniorial System, was to appoint as "Counts" or "Barons"
rich and noble British people in order to encourage them to come and invest in Quebec,
to develop the economy of the Province as fast as possible.

The Township of Grenville was founded January 28, 1808 by a proclamation of
Lord William Wyndham Grenville (1759 - 1834), First Baron Grenville,
character of British origin and holder of territory,
who gave him his name.
The barony of Grenville was created for the occasion. 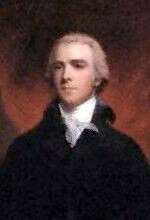 Lord William Wyndham Grenville also served as Prime Minister
of the United Kingdom, and as the Leader of the House of Lords. 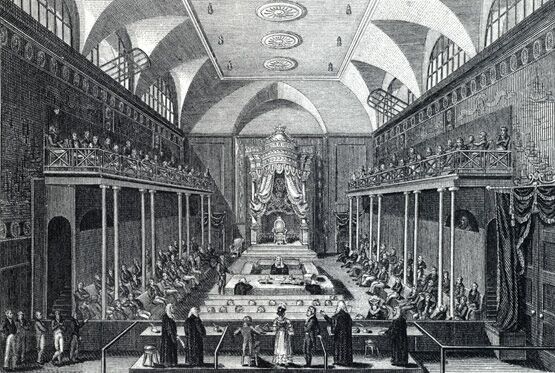 The House of Lords.

Both villages of Grenville and of Calumet, as well as the Township of Grenville, share a common history.
Coming from England, the first settlers arrived on this territory around 1810. 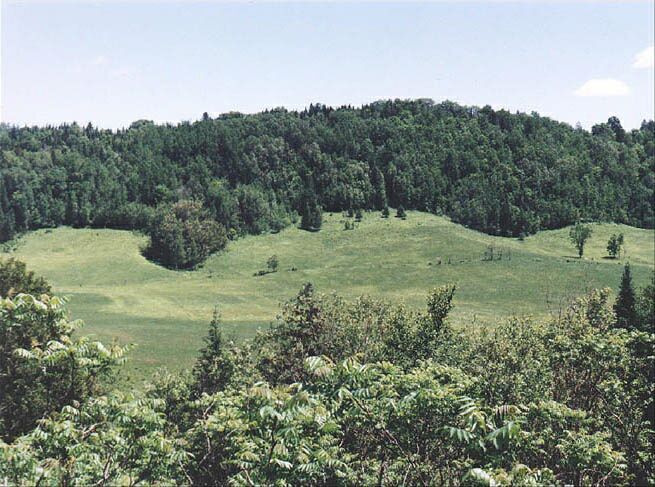 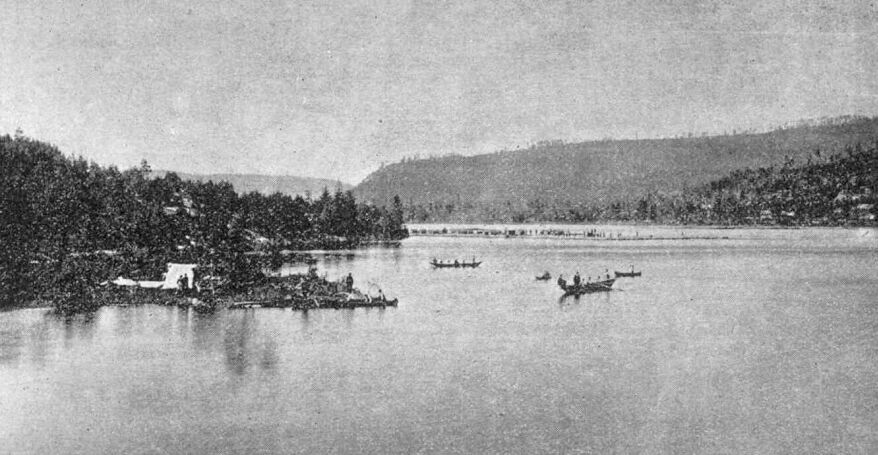 The Ottawa river at the end of the 19th century

The wood industry was the main economic driving force in Grenville’s village.
The first sawmill of the Township was built in 1830, on River Kingsey bank. 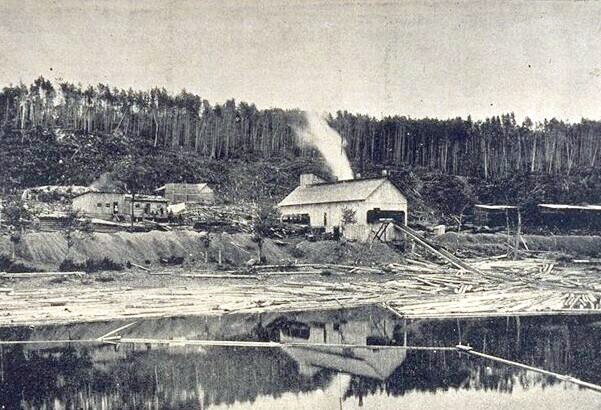 An old sawmill in Ottawa.

A grain mill was later added, as well as a brickyard. 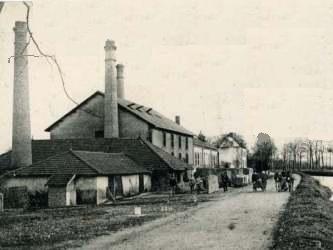 Today only a few remains of these buildings are left. 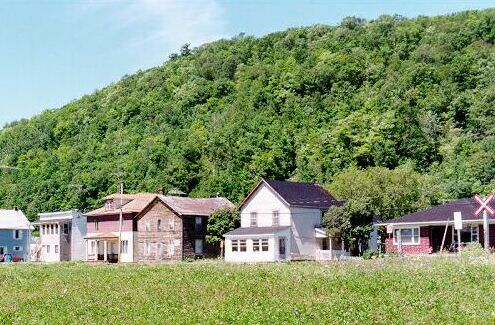 The village of Grenville

Around thirty years later, the village alone constituted
the municipality of the village of Grenville. 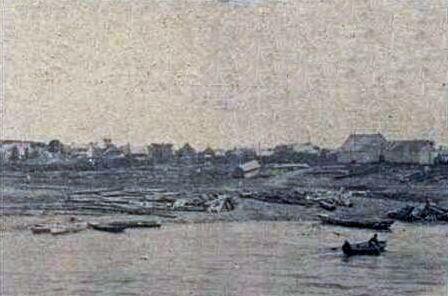 As soon as 1870, 900 inhabitants lived in the town and the population
reached more than a thousand when the municipality was founded. 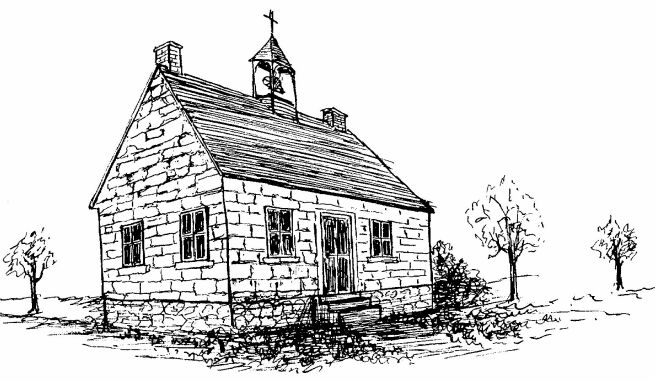 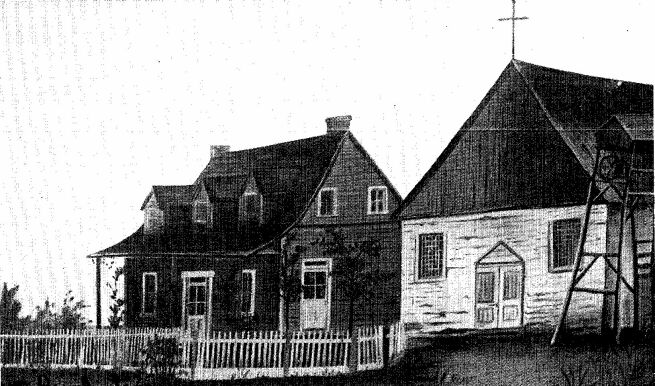 The village of Calumet 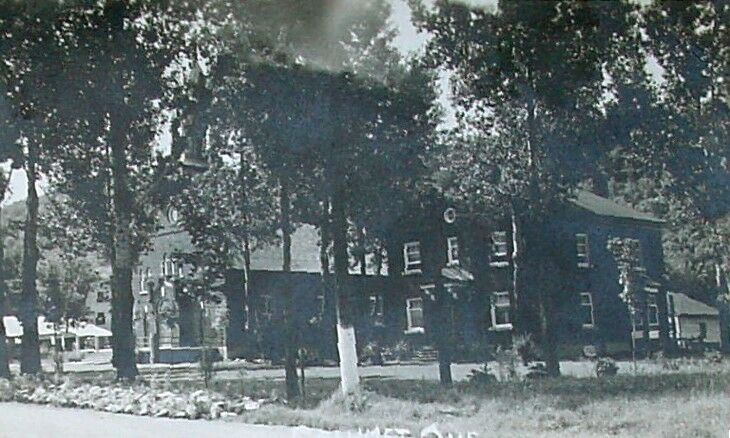 The church and the presbytery of Calumet in 1937 (Photo courtesy : Ferdinand Robillard).

The Long-Sault Canal, the railway between Carillon and Grenville
as well as the Perley Bridge also played a major part
in the evolution of the village of Grenville.

The British wanted to set a transport link back from the American territory.
They thus chose the route of the Long Sault because it had the advantage
of linking Lake Ontario to the Ottawa River, while remaining away from the border.
At that time travelling from Montreal to Bytown (Ottawa)
lasted two days and required many various means. 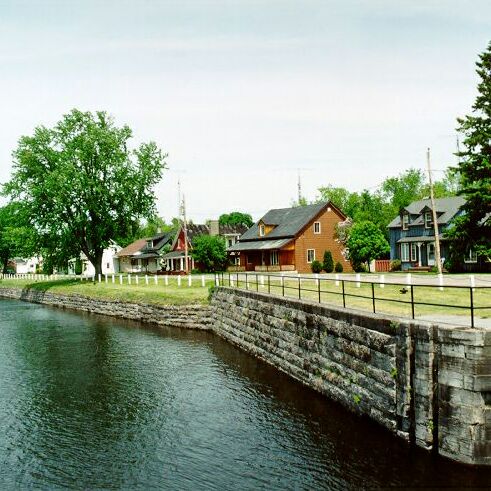 The Canal (Photo courtesy: Office of Cinema and Television of Argenteuil-Laurentides).

In order to establish this waterway, three canals had to be set up to avoid the rapids
of the Ottawa River: in Carillon, Grenville and Chute-à-Blondeau.
The construction of the Long Sault Canal began in 1819.
The Canal was inaugurated in 1834.

In addition to the positive effects of its building, its strategic position
on the Ottawa River contributed to the development of the village of Grenville.

Some photos of the Grenville's canal
and the Ottawa river

The coming of the railway gave a fresh impetus to the village of Grenville. 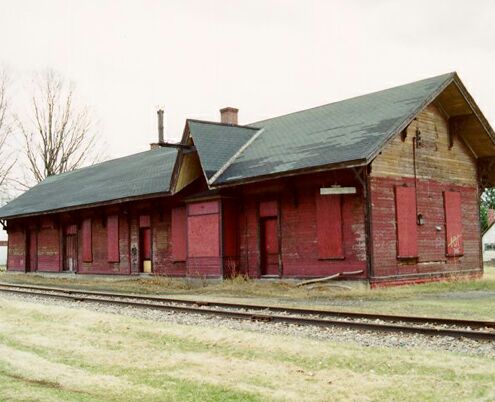 The building of a first section began around 1857 and had to link Ottawa to Montreal.
However, the death of one of the English developers, the Sykes brothers, put an end to the project. 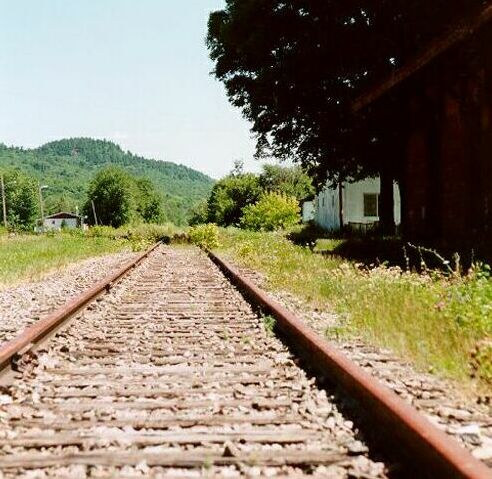 The section from Carillon to Grenville was nevertheless nearly finished.
Therefore it was added in 1859 and then sold to the Ottawa River Navigation Company in 1863. 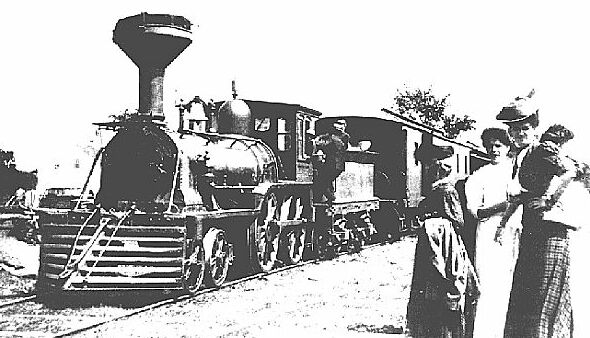 A crowd of travellers heading for Ottawa or Montreal stopped off at the upper-end of the Long Sault,
bringing about the construction of the first hotels of Grenville along the canal. 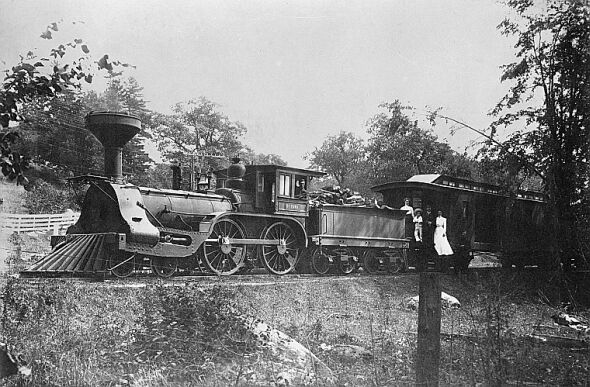 In 1923 the National Canadian Railway Company (known as CN - for Canadien National)
bought the railway track leading to Grenville. However, as the railway company
decreased its activities or chose new routes, Grenville Station was less and less used.
It was demolished in 1975 and the train service definitively stopped in 1976. 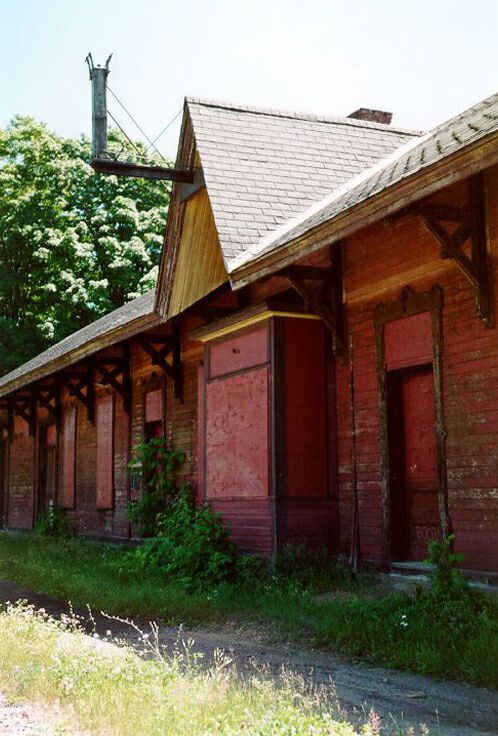 The Carillon and Grenville Railway

The construction of the Perley Bridge linking up Grenville and Hawkesbury in 1931
also dealt the railway a severe blow since this infrastructure
made the journey much easier from one shore of the Ottawa River to the other. 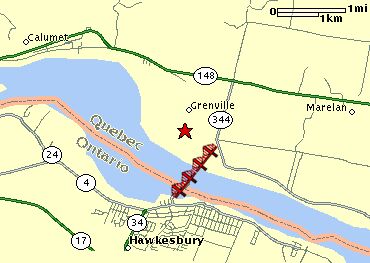 Some thirty years later, when the Carillon Dam was built,
the height of the bridge was raised in order to allow the ships to pass by.

A part of the riverbed was then dredged, and as a consequence
an island totally disappeared as well as the sandy battures downstream.

The bridge was rebuilt in 1998 and is now called
the Interprovincial Long-Sault Bridge.

Acknowledgements : Some pieces of information mentioned above were given
by His Imperial Highness Prince Normand
and  by the Prefect of the MRC of Argenteuil.